The future of the Lottery in Canada 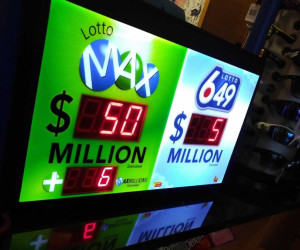 The way Canadians play the Lottery has rapidly evolved over the years, with the game being one of the first to be regulated by the provinces. From being played for the purpose of fundraising in the heart of Ottawa, and beyond,  to building a strong audience online, and even just for fun, the Lottery has had quite a journey to get to where we find it today.

Join us as we take a look back, at today and at the possibilities that surround tomorrow when it comes to Canadians and the Lottery.

Following the decision to allow individual provinces to make their own regulations when it comes to gambling, Quebec were quick to hop on the trend in 1970, and create the first Canadian corporation to deal primarily with Lotto administrations – Loto-Quebec. This led to weekly draws and the Lottery formats continuing to develop, catering to all budgets and preferences, and keeping players flocking to buy their tickets.

For many years, the Lottery has also been used as a means of fundraising, with proceeds being funnelled back into the community via revenue commissions. And this isn’t something that is exclusive to Canada, as the most primitive form of the game originated in Ancient China, and was used to raise funds for the state, and participating villages.

In 1974, the National Lottery was formed, stretching across all provinces and uniting them for their love of casino gaming once more.

Like most forms of gambling, the Lottery has now taken that big leap to operating online, as well as in-person. When you play online, you don’t just have access to the Canadian Lottery, but also various draws from around the world, if you’re looking for something a little different.

But, keeping things local, with provinces having their own jurisdiction over gambling activity, this also applies to their online Lotteries. For example, Alberta boasts their very own regulated online casino, called Play Alberta. Here, the Lottery has its very own tab which takes Alberta residents directly to a catalogue of top games. Including: Lotto Max, Lotto 649, Daily Grand, Western Max and Western 649. As the latter titles clearly show, as well as a range of jackpot prizes, there’s also themed games on offer – adding a little more excitement to the age-old classic.

Over in Ontario, the Lottery scene is also booming, with up to 38% of the province’s adults admitting to being current Lottery players. To qualify, they had to have bought a ticket at least once over the past two-month period. To put this into perspective – that’s 4.6 million Ontarians!

Canadian Lottery of tomorrow (and beyond)

Whilst a lot of players enter the Lottery online, it’s been predicted that the game will make bigger steps to operate almost entirely online. This comes from the average age of players lowering slightly, showing that younger internet-focussed players are beginning to show interest in the game. As it currently stands, Quebec’s aforementioned Loto-Quebec took the leap to online in 2012, whilst also keeping their in-person offerings. This raises the question – will Lotteries ever commit to online-only gameplay?

When playing online casino, you’ll now find a whole host of live dealer options – and we see the Lottery joining that growing catalogue! Whilst you can watch the numbers being drawn live on the television or the screen of your mobile or tablet, we predict that similarly to live Bingo games, there may be a development in the future which will allow you to enter a live stream where entries and draws are announced live, and you’re able to chat with fellow players.

Whilst nothing can be said for certain, the future of Lottery games in Canada is looking bright. As technology continues to develop, and Canadian residents nurture their taste for the numbers game, who knows what could happen next!