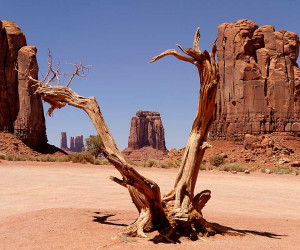 Westerns were once the most popular genre of movies. From Clint Eastwood to John Wayne, with many in between, cinema-goers couldn't get enough of tough guys putting on a stetson, mounting their steeds, and riding off into the sunset after gunfights with bad guys at high noon. The genre isn't quite as popular today, and the real-life towns that inspired most of these movies are long gone, but traces of them still remain. You can even visit a few of them, and they make for outstanding vacation choices.

Even though Westerns aren't the trend of the moment in movie theatres, they're still possible elsewhere. You need only look at an online slots website if you want confirmation of that. When the online slots game "Mustang Gold" was released to online slots sites like Irish Rose Slots a year ago, it became one of the most popular attractions of its type in the world. If people are prepared to spend big money on western-themed online slots - which the evidence suggests that they are - they’d presumably be willing to spend even more on a western-theme vacation - and the options we’re about to list here are the best places for that money to be spent!

You get the impression that time hasn’t moved on since the 19th century when you visit Old Trail Time. That impression is very much deliberate. The town did take a few tentative steps into the 20th century but then decided to turn around and head back in the other direction. The whole town is now an open-air museum, designed to look exactly as it did during the 1880s. The whole town of Cody has strong connections to the Old West, right down to its name, which comes from William "Buffalo Bill" Cody. Aside from Buffalo Bill, Cody was also a home of sorts to the legendary hermit John Johnson, the "mountain man" that the 1970s film “Jeremiah Johnson” is based on. From saloons to horses and carts and daily “shoot out” shows, Old Trail Town might be the closest you ever get to experiencing what those hard days on the old frontier must have looked and felt like.

The inclusion of the OK Corral shouldn’t come as a surprise to you. The name is indelibly linked to what was perhaps the most famous shoot-out that the “Wild West” ever saw. The long-running feud between the Clantons and Wyatt Earp finally came to a head here in October 1881, which is another historical event that’s since been turned into a highly successful Hollywood movie. Earp escaped with his life that day, but a lot of people didn't. The fierce gun battle is re-created three times every day for the amusement of tourists and is far from being the only thing that's worth coming here to see. In fact, why not climb inside an era-appropriate buggy and take a guided tour of the area accompanied by a local historian?

Bandera is nicknamed "the cowboy capital of the world." If that doesn't sell it to you as a Wild West attraction, we don't know what will. This place in the Texas Hill Country has been the backdrop to many a conclusive battle between opposing forces, dating back to the days of the Spanish Conquistadors. Even the name "Bandera" is a reference to the red flags that used to fly here as warnings that people were about to step into active hunting grounds. The best time to visit Bandera is during festival season, which includes such sights as the Cowboy Mardi Gras and the strangely-named "Wild Hog Explosion." The last great cattle drives of the 19th century happened here, and although the streets have been modernised, the shells of the old buildings are still standing.

The name "Deadwood" is yet another one that will be familiar to anyone with a love for Westerns, as well as anyone with a love for American history in general. Like Bandera, Deadwood has been extensively modernised since the days of the Old West. It's not a living museum like Old Trail Town is, and nor does it take a theatrical approach to its history in the way that Tombstone does. It's very proud of its past, though, and you'll find traces of it everywhere, from the museums to the gambling halls. A few of the oldest buildings have been restored to their 19th-century style to give tourists a little something else to look at. Let’s look at it this way - if Deadwood was good enough for Calamity Jane and Wild Bill Hickok, it’s good enough for you.

All the other towns we've looked at so far have remained active since the days of the Old West. Calico hasn't. The old buildings are still standing, but the people have long since moved on. That's left Calico as a ghost town - a perfectly preserved relic of its era untouched by the modern age. In truth, it's had a little help achieving that "perfectly preserved" look - deterioration and decay set in deeply before the local government had it restored during the 1950s. Getting to Calico isn't easy because it's out in the middle of the Mojave Desert, but if you're serious about getting intimate with American history, it's worth the journey. Calico was more of a mining town than a place where cowboys came to drink and settle their disputes, but mining was just as much a way of life as anything else during those days. Guided tours of the old Calico and Odessa Railroad are available, as is a good meal at Peggy Sue's diner. The 1950s theme makes it stick out like a sore thumb against the backdrop, but don't let that put you off!

Life in America changes fast, and new buildings are built directly on top of old ones. That makes it easy to lose touch with the past, but it’s always there if you want to reach out and find it. The time of the Old West was among the most fascinating periods in all of American history, and so all Americans ought to go and see a few of the sights at least once. Don’t think that this advice doesn’t apply to you if you’re not American - these tourist destinations are open to the whole world!