The 2019 Sporting Events Worth Travelling To 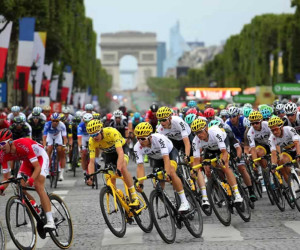 Sport never ceases to throw up incredible events. Every year, some of the most memorable moments come from sport, whether it be the Stanley Cup winner or a great show of sportsmanship or effort that epitomises the human spirit.

It’s usually the world’s major events that highlight these most, on the biggest stages and in the grandest of locations. 2019 is no different, with some fantastic settings for the world’s elite to compete and fans to never forget.

Major sporting events are the bread and butter of the bucket list, and if you’re looking to get out of Ottawa this year, you could do worse than these amazing events...

Canada haven’t competed in the Cricket World Cup since 2011 but that shouldn’t stop any fans heading to England to watch the world’s elite. Most online betting Canada bookmakers are seeing the hosts as favourite with record run scores expected to be smashed.

The tournament is already underway, and sportsbooks are expecting it to be even tighter with the likes of Australia and West Indies both impressing, with England also having lost again. That will shift the odds and make for an incredibly intriguing month of cricket.

The home of cricket, Lords will host the Final, which is one of the hottest tickets of the year, although a trip to London will give you plenty of options to enjoy a game with 10 in all being played in the British capital.

Other venues hosting the tournament include Old Trafford in Manchester, Edgbaston in Birmingham as well as Leeds, Bristol, Southampton and Nottingham. That gives tourists plenty of cities to explore, as well as watching the likes of Australia, India and the West Indies.

Canada will be competing in the Women’s Soccer World Cup this summer over in France and the nation have a pretty good chance of doing well.

It’s all set to be a landmark tournament for women’s soccer and you could be a part of it. Venues right across France are hosting, including the Parc des Princes, the home of PSG and Parc Olympique Lyonnais, where the Final will be held.

All the major stars will be there and it’s the perfect opportunity to explore France. The tournament kicks off on June 7 and runs for exactly a month when the Final takes place. The USA are among the favourites and you can back Canada at +2000 if you fancy a bet on the tournament as well as a trip to it.

Another French event is the Tour de France. It’s one of the most prestigious sporting events on the planet and sees millions of fans line the roadside every day as elite riders wind through towns, cities and the beautiful rolling countryside of France.

You’ll get to see a completely different side to the country across the three weeks between July 6-28, with the final stage seeing the stars ride into Paris and down the Champs Elysees in what is one of sport’s most iconic sights.

It’s set to be a real battle this year, with Team Ineos riders Chris Froome and Geraint Thomas likely to go head-to-head in the General Classification. It’s endurance racing at its finest and there’s no better way to do it than with a campervan, following it around stage by stage.

The US Open is one of four tennis Grand Slams and the final one of the year. Taking place at the famous Flushing Meadows tennis club in New York, the August/September event has long created legends, and has incredibly never seen a Canadian singles champion.

Despite this, it’s an event well worth a trip to. The Arthur Ashe Stadium is quite superb and the atmosphere never wains, particularly when the likes of Serena Williams, Novak Djokovic and Roger Federer are on court.

As you’d probably expect, Djokovic is favourite to win the men’s tournament this year, with William’s backed to earn her seventh title and surpass the record she currently shares with Chris Evert. Who wouldn’t want to be in the stadium for that moment in history?