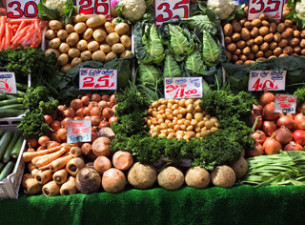 Ugly food can mean a pretty profit.At least, that's the bet Loblaw (TSX:L) is making with its ugly duckling line of produce aimed at shoppers looking to save money on the sky-rocketing cost of fresh food.The company launched its Naturally Imperfect line last March, offering ugly apples and potatoes to Ontario and Quebec shoppers as part of a trial run that later expanded to select stores in other provinces.More types of cheaper, bruised and misshapen produce will soon be available across the coun .... 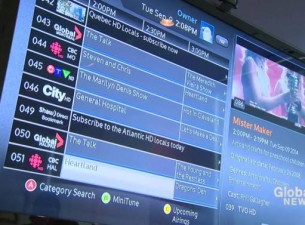 OTTAWA -- Canada's major TV service providers say it's too early to tell how many of their customers will choose to switch to the new slimmed-down services that are on offer as of today.Under new rules adopted last year by the country's broadcast regulator, cable and satellite TV companies must include a basic service package for $25 or less as part of their packaging options.What's contained in the so-called "skinny basic" packages depends on the company.Rogers, for instance, offers 30 to 40 cha .... 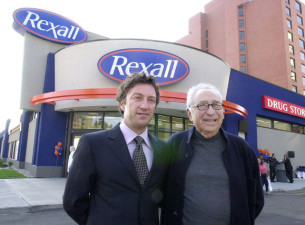 National drugstore chain Rexall Health is being sold to U.S. health care giant McKesson Corp. as part of a $3-billion deal, the two companies announced Wednesday.The sale, which is still subject to regulatory approvals, would see the Edmonton-based Katz Group transfer Rexall's 470 retail pharmacies to McKesson.The Katz Group and McKesson have worked together for more than 20 years and said the announcement marks a "natural next step" in their relationship. McKesson had also previously acquired .... 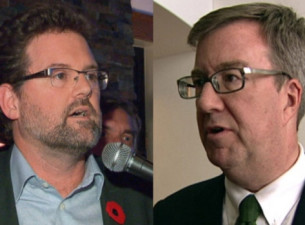 It’s official: Ottawa Mayor Jim Watson and his Gatineau counterpart can finally take part in NCC board meetings.The National Capital Commission’s board of directors amended their bylaws Monday to let the mayors participate – but not vote – in NCC proceedings.Mr. Watson and Gatineau Mayor Maxime Pedneaud-Jobin have been lobbying the federal government to give them a more formal role on the commission for several years, on the grounds that NCC decisions have a direct impact on city planning .... 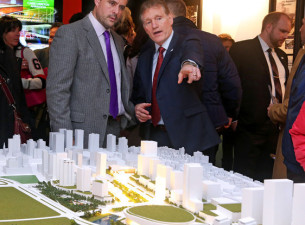 Calling both plans to redevelop LeBreton Flats “very impressive,” the head of one of Ottawa’s most influential business organizations nonetheless didn’t hesitate to endorse the RendezVous LeBreton group’s bid in an interview with OBJ after the proposals were unveiled. “We’re happy with both bids, but we just see one as being a little more viable than the other,” said Ian Faris, CEO of the Ottawa Chamber of Commerce, which represents more than 700 local businesses. Mr. Faris said .... 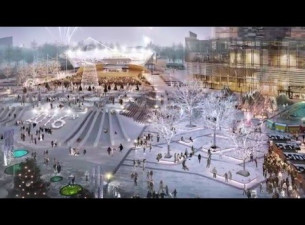 The National Capital Commission is “very pleased” with the community response to the two LeBreton Flats redevelopment plans, a spokesman said.Public consultations closed Monday at midnight and the NCC said Tuesday that it has received 7,939 online questionnaires from Canadians.Of those responses, 82 per cent came from the National Capital Region, the NCC said in a release. There were also 11,600 interactions on social media.“The high level of civic engagement and serious debate on the r .... 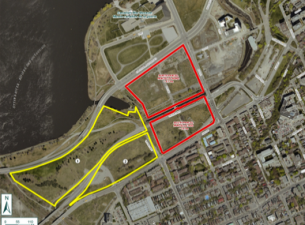 An 11th-hour rule change by the National Capital Commission has touched off a public-relations battle between the rival groups vying to redevelop LeBreton Flats.   Originally, the groups were only going to have last week's two-day open house to present their bids to the public. But on Jan. 22, days before the proposals were revealed, the NCC decided to allow the two teams to discuss their proposals publicly until Feb. 8. “We realized how complex the proposals were, so we decided that it wo .... 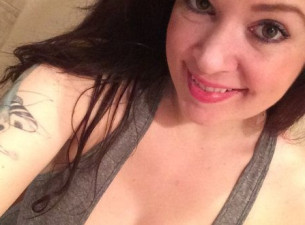 There was a time a few decades back when society was as rigid as a frozen dessert in terms of relationships. During those days, going out on a date often implied that a commitment was not very far off and that soon it would be time for the wedding bells to ring. From that stage, society has graduated on to the contemporary era wherein casual dating is the accepted norm and acts as a prelude to any serious relationship. Thanks to online platforms like Xmeeting.com, you need not spend too much ti .... 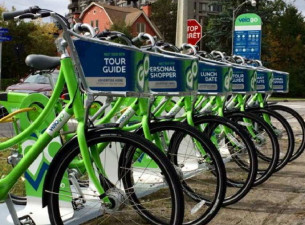 A new bike sharing business will launch Tuesday when VeloGo rolls out its 300-bike fleet in central Ottawa and Gatineau. The company held a soft launch last fall when they demonstrated their "Smart Bike" technology. The bikes are each equipped with GPS tracking and a lock, allowing customers to reserve the bike from a smart phone or with a membership card available online or at some kiosks. They unlock it using a four-digit PIN code and once they’re done, they can return the bike .... 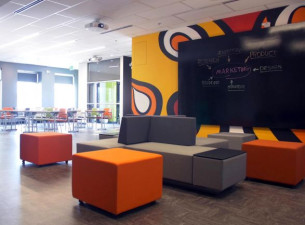 The word "charrette" refers to any brainstorming session where people collaborate on ideas and solutions to problems. That is one of the many potential uses Antonio Mauriello sees for his new meeting space, La Charrette, which is celebrating its grand opening with open houses that began Thursday and run until Saturday. "The important thing for the space for me … is that clients come here and do what they prefer to do, from birthday parties to weddings to conferences to business brainstor ....