How virtual reality is changing hobbies as we know 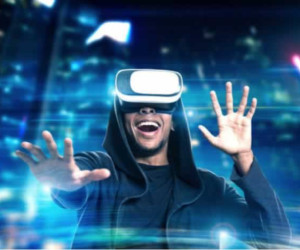 In recent times, the concept of virtual reality has really catapulted its way into the public consciousness and is beginning to dominate mainstream entertainment. Indeed, virtual reality is now becoming so prominent that it is slowly becoming the principle point of reference, and is preceding the real form of entertainment that it was designed to simulate.

Essentially, putting on a VR headset transports us to whichever fantasy world we desire, and the advancement of this technology means that VR is now more realistic and convincing to the human brain than ever before. Once the headset goes on, you can be anything you want, anywhere you want - and that’s a pretty groundbreaking concept.

For example, sports such as golf and fishing are able to be played via the use of virtual reality technology, and this can be more favourable to players as they can be played in more comfortable environments. Because who really wants to spend hours and hours sitting on the riverbank in the freezing cold trying to catch fish, or walking miles around a windy golf course, when you could do both of these things in a comfortable, virtual environment?

Virtual reality is an efficient method when it comes to practicing your hobbies, too. Want to work on your golf swing? No problem, you can do this in its most basic form in your own home by playing games such as The Golf Club VR, or, you can visit some more sophisticated indoor VR centers which will provide a much more authentic and realistic virtual golf experience.

The accessibility of VR opens new doors, allowing us to try our hand at activities that were previously either inaccessible, dangerous, or too expensive - archery for example, or paintballing.

That said, not only has VR created a world of virtual versions of popular sports and other hobbies, it has also revolutionised the way we play previously established virtual games, such as Skyrim, Resident Evil, and Minecraft, submerging the player into the thick of the action.

Meanwhile, never ones to be outdone, online casinos are also catching onto this concept and are adapting their games to be compatible with VR headsets and suchlike.

While Canada continues to be home to some of the world’s most luxurious and popular land-based casino sites, the world of online gambling is transforming quite rapidly, in a bid to simulate brick and mortar casinos as accurately as possible.

Naturally, many of the biggest online casino providers have so far been incredibly successful at doing this, and their grip on the gambling market looks set to tighten further in the coming years, as the technology continues to develop, taking people away from real casinos and into the hyperreal world of online simulations.

There are already a huge range of online slots to choose from, and by theming these and using more of a narrative format in which a player has to reach certain levels or unlock special features they are also becoming more like video games themselves.

As with some of the aforementioned hobbies such as golf and fishing, a state of the art casino facility is not on everyone’s doorstep, and online casino companies have invested large sums of money into creating the most advanced virtual experiences possible, bringing the casino to the gambler.

Virtual online slots in particular appear to have successfully captured the imaginations of casino players, with games such as Jack and the Beanstalk and Starburst proving to be especially popular. 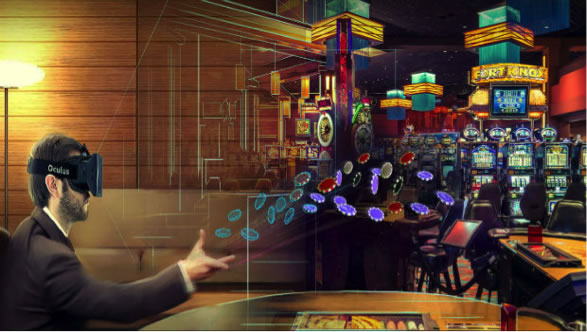 Of course, they have some of the best gaming development companies in their corner too, and both gaming development and online gambling are big business and significant contributors to the Canadian economy. As such, they are considered a huge part of the national culture.

For games which are only playable offline, the ever growing popularity of virtual reality is pushing them further into obscurity, as to many, they seem bland by comparison, and the interaction associated with VR just isn’t there. That said, offline games continue to serve a purpose and there is no reason to suggest that they will completely disappear anytime soon. For example, they are, in most cases, the best thing available to people on the move, and time spent on flights will always be killed efficiently by playing mobile or tablet games which are stimulating enough to not require a Wi-Fi connection.

However, long before the mainstreaming of virtual reality, many games, multiplayer or otherwise, were of course opening their doors to online users. Xbox Live, for example, has been used by millions of gaming enthusiasts around the world for over a decade, and virtual reality is simply the latest significant development in entertainment - but how far will it go?

Well, according to recently released data from the International Data Corporation (IDC), global sales of VR headsets have declined year on year, when compared with the sales from 2017. However, this is expected to be a temporary setback and has been attributed to the fact that VR is still a relatively new mainstream concept, and as such, the leading headset makers such as Oculus are still finding their feet.

What’s more, it is believed that the high sales figures from previous years were misleading, as many VR headsets were included in smartphone and console packages as opposed to being bought as a single unit at full price. It is also expect that, as the number of mainstream VR games begins to increase, the sales of VR headsets and other associated accessories required to play such games will rise too.

●      Virtual reality has developed to such an extent that it is, in certain areas, becoming more prominent than the hobby it simulates.

●      Online casino sites are attempting to maximise the potential of VR in much the same way, bringing the casino experience to the gamer and making it more accessible.

●      VR based online slots are particularly popular due to their enhanced features and entertaining themes.

●      All of this is marginalising offline games, but there will always be a call for them and they will never fully disappear as they have stood the test of time, and they have adapted to become more interactive.

●      It remains to be seen how successful VR will become, as sales of VR related equipment is already beginning to slow down.