Whats Next for Apple? 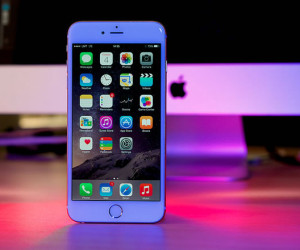 Apple’s rise from a company Microsoft saved from bankruptcy (in 1997) to the ninth richest business in the world is a lesson in the value of innovation. The tech giant was an ideas machine under Steve Jobs but it’s probably fair to say that the Tim Cook-era Apple has proven better at polishing than driving change in the tech industry - at least for now.

The Apple Watch is the sole new device to come out of the company’s R&D department in the last five years. That's hardly a fitting production run for a company that once had gambling on new ideas at the heart of its strategy.

There are good reasons for Apple’s relative calm. Mobile phones have simultaneously reached an "omega point" (it’s hard to see any major technological leaps in the device’s future) and there's also market saturation, as sales are slowing simply because everybody who ever intended to buy a smartphone has already done so. That’s fair enough; it happens to every device.

However, Apple, Samsung, and many other tech giants are hamstrung by the fact that regular hardware releases, re-releases, and incremental updates are the norm. Some commentators point out that new smartphones and tablets are brought out solely to support the existence of these companies rather than because they have something new or innovative to offer.

Perhaps the greatest example of this phenomenon is the iPhone 6s. Released one year after the original iPhone 6, the device sold poorly because consumers weren’t willing to spend hundreds of dollars to make such a minor leap up the tech tree (see our article on thetopic: whatsupottawa.com/news/technology/2016/3/7/apple-sells-fewer-iphones-than-expected-as-it-breaks-quarterly-profits-record--382.html). There’s now greater value for money in skipping one or even two successive iPhone releases in a row.

This year’s iPhone 7 is a perfect example, as cbc.ca explains, offering very little over its predecessor other than slightly faster specs and waterproofing. The major innovation – removing the headphone jack – was a PR move designed to prove that Apple is still willing to take risks. The iPhone hasn’t changed much since the fourth generation device, which featured a re-designed chassis and HD video recording.

The 7 is still a nice device, however, and it’s great for gaming, whether you like to play action, puzzle or casino games. After all, mobile gaming is a huge industry, with penetration forecasted to reach 63.7% by 2020, according to eMarketer research. Of course, that success comes at a price, since companies eager to cash out on this trend sometime spush for mediocre games. So although there's a lot of games out there that your iPhone will support, it's always a good idea to consult a reliable review site like onlinecasinos.ca before picking a new mobile casino. Just because a game is flashy and works on your phone doesn't mean it's always worth your time.

So, what’s next for Apple?

Apple needs to stay well away from Google Glass-style devices. Wearable augmented reality (AR) will never become popular until it becomes totally invisible. Nobody wants to wear plastic on their faces; it’s deeply unfashionable at best and a threat to privacy at worst. That said, Apple does have an opportunity in marketing AR to designers.

Creatives are Apple’s bread and butter and a device like Microsoft’s HoloLens, a wearable that allows the user to see digital projections in the real world, could, for instance, allow designers and architects to build models with their hands, right on their desk. It’s both a practical application of the technology and one that skirts the privacy concerns associated with AR by keeping it behind closed doors.

The iPhone 8 will reportedly contain some kind of AR technology but Apple has been cagey on the specifics so far.

Apple has also been involved with virtual reality (VR) for a long time, going back to 2007. However, the fact that they haven’t done anything with the technology, despite buying several related companies for hundreds of millions of dollars, is a little strange. Apple is way behind the curve on VR, with Google’s Cardboard (and upcoming Daydream) and Samsung Gear already dominating the mobile market.

The technology has come a long way over the past few years, finding a home in video gaming and casino games in particular. For example, some of the iGaming websites on online-casinos-canada.ca have already invested in VR to increase player immersion and social interaction in poker and roulette games.

It almost sounds like heresy but whatever Apple does next, it has to be something significant if they want to hold on to their crown as the top innovators in tech. iPhone sales are falling and shares have dived more than once in the last few years. The world doesn’t need another incremental upgrade like an iPad with a larger screen or an iPhone without a headphone jack.

Because that would be silly.