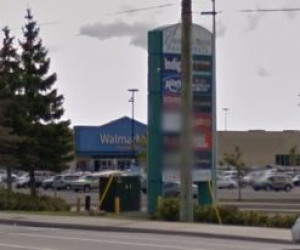 Less than a month after Loblaws introduced its online grocery shopping program in Barrhaven, Wal-Mart has upped the ante.

The retail giant announced Friday that it has launched its own e-commerce grocery shopping service at all its Ottawa locations and in some outlying stores as well.

"For us, when we talk to our customers, we realize that absolutely, people are time-starved today. An hour today is worth way more than it was 10 years ago," said Simon Rodrigue, Wal-Mart Canada’s senior vice-president, e-commerce.

This is Wal-Mart’s first foray into grocery shopping online in Canada. Mr. Rodrigue said the retailer chose Ottawa because it has found the city to be very receptive to previous e-commerce initiatives.

"I think second, Ottawa is that perfect blend of education with the universities, it has a high-tech base and from a demographic perspective, there is a lot of families," he added.

Shoppers can place their order on the Wal-Mart website and select a two-hour window for pickup that could range anywhere from the next day to 21 days in the future. Their items are selected and packaged by what Wal-Mart is calling "trained personal shopping associates."

When customers pull up to the designated pickup spot, they give staff the number they are assigned and their groceries will be in the car within five minutes, the company says. There is a $3 pickup fee.

Mr. Rodrigue said Wal-Mart has been working on the program for a long time, leveraging experience with its similar programs in other countries.

He said the launch is not a response to Loblaws’ program, which was tested in Toronto for a year before hitting Barrhaven in June. The grocery chain has plans to expand its program to four other Ottawa stores by the end of the summer.

But retail analyst Barry Nabatian, the director of the market research division for Shore Tanner & Associates, said Wal-Mart looks like it is in catchup mode.

"The question is how come they didn’t come before Loblaws," he said. "There’s a huge war for groceries, for market share. Loblaws, Sobeys, Metro, Costco, Wal-Mart, they are all really going after the food dollar and as soon as one of them comes up with a new gimmick, they all have to try it. Otherwise, they lose market share."

Mr. Nabatian said he prefers the Loblaws strategy of starting the program in one area before gradually rolling it out to Wal-Mart’s 11-store launch. While online grocery shopping is bound to become more popular, he said it does not come without risk for a retailer.

"They have to be careful where they offer this service," he said. "The places that the service would fixate is where employment participation is high, which is basically couples or adults, most of them are working and therefore do not have enough time, and also have a lot of money because their house income is high. In those places, it is a convenience service that will be worth their while."

While Mr. Nabatian likes the idea for areas such as Barrhaven and Kanata, which are home to more private sector workers, he doesn’t believe the service will fly as well in Orleans, with its higher concentration of government workers. He also thinks outlying areas, with lower levels of employment, lower incomes and fewer customers facing a time crunch, will not embrace e-commerce grocery shopping.

"Chances are Wal-Mart is trying in the 11 places to see which ones are successful, and the ones that are not successful, they will just phase them out," he said.

Mr. Rodrigue, however, said online shopping is the future of grocery retailing.

"Our customers have been telling us they wanted it," he said. "Wal-Mart is really targeting for our customers to buy what they want, when they want, where they want, and I think the grocery home shopping is a key part of that. It’s one of the key initiatives."