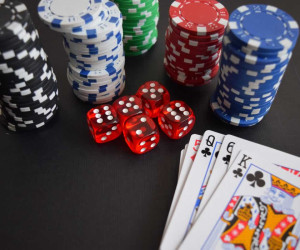 In spite of the tough laws that appear to have stymied the local gambling market, Canada has still produced some of the finest gamblers in the world over the past few decades. Here is a look at some of Canada’s most famous gamblers who made fortunes out of playing the good old game of chance.

Billionaire show business mogul Guy Laliberté may not be the most prolific and astute Canadian gambler but he is obviously one of the best-known ones. Laliberté made his fortune in the show business with his Cirque du Soleil circus which initially received government funding for nationwide shows.  He joined the super high stakes poker in the 2000s and began playing live casino tournaments along with high stakes online cash games around 2006. He has played in some of the most prestigious poker tournaments including World Poker Tour Season Five, GSN’s High Stakes Poker show and Full Tilt Poker. Laliberté has amassed some respectable winnings in some of these tournaments although he has mostly lost money at high stakes poker. It is estimated that he has lost more than $31 million at six of his online poker cash game accounts.

David Baazov was born in Israel in 1980 but grew up in Montreal. He was something of a child prodigy, setting out at just the age of 16 and leveraging his passion for technology into the world of online gambling. He used his software development skills to build an electronic poker table which enables players to bring the unique casino experience online. This enabled him to scale the heights of the global gambling world, albeit on the technical and entrepreneurial side.  He founded the Amaya Gaming Group which has significant assets in gambling. His company is currently one of the world’s largest online gambling businesses in the world. He also had stakes in PokerStars and Full Tilt Poker. He is currently the CEO of CryptoLogic Ltd, a company that develops software for the internet gaming market.

Evelyn Ng is one of the top female Canadian gamblers and is known for her aggressive poker style. She has been in the scene for the past decade and has grossed more than $375,000 in just live tournament winnings. In 2003, she made a name for herself in the industry after beating a number of top American poker players.

Born in Toronto, Daniel Negreanu is a professional poker player who has had a huge run-in cash games and tournaments. He plays both online and offline and is now regarded as one of Canada’s most accomplished poker players. He has won six WSOP bracelets and was named player of the year in 2004 by Card Player Magazine. Daniel has also snapped two WPT titles in his highly successful poker playing career. He has a colorful and effective poker playing style, one that has grossed him more than $32 million in winnings over the course of his career.

31-year-old Michael MacDonald is one of the most successful young professional gamblers not just in Canada but also in the world. He is a major player in the online gambling industry in Canada and became the third Canadian to win over $10 million. Some reports claim that he had already notched up $300,000 in winnings even before he hit the legal gambling age in Canada. True or not, he has had a very successful gambling run within a very short time, at least compared to other highly successful professional gamblers that typically take years to build a successful career. He is also a major fixture in the live poker tournaments.

Like MacDonald, Jaime Staples is one of the highly successful millennial gamblers who have come of age just as the online gambling industry matures in Canada. Jaime is undoubtedly the youngest and most famous professional gambler in Canada. He is a huge inspiration to a new generation of aspiring gamblers, Gen Xers, who are looking to build successful careers in the risky but hugely rewarding world of online casino games. Staples began his career with low-stakes poker games before graduating into the professional league. To date, he has grossed over $1 million in winnings in online gambling.