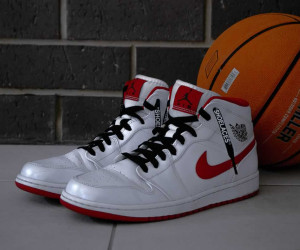 Every year, March Madness is filled with more drama than a soap opera on a Tuesday afternoon. Cinderella stories come to life, lower seeded teams upset higher ranked teams and new superstars are discovered. In this 68 team single-elimination tournament it seems that anything can happen at any time and that’s what makes this tournament one of the most thrilling events to watch live.

Sports betting fans follow each game religiously hoping to get to as close to a perfect bracket as possible. So far, no one has come close and according to a recent study done by sports betting site Betway, it is almost impossible to come up with the perfect bracket. Some teams play the best games of their lives while others throw in the towel. Welcome to the wonderful world of live sports and March Madness is no different.

Let’s look back at the 5 best moments in March Madness History.

We often hear about Cinderella stories during March Madness where a lower seeded team gives a humbling basketball lesson to a supposedly better team. When you are ranked 2nd in the nation, you shouldn’t lose against many other teams, right? Especially not one ranked 15th. That’s exactly what happened when Norfolk State and their star player Kyle O’Quinn played against Missouri.

With the game tied with three seconds left in regulation against Mississippi State, Ogunbowale took a side inbound pass, dribbled to the near right corner, shot a three-pointer and scored, leading Notre-Dame to its first title in 17 years. She basically repeated the same play in the semi-finals. Ogunbowale definitely knew how to time her plays and this is what legends are made of!

With the current format of 68 teams, it seems almost ludicrous to think of winning a championship twice in a row. Imagine winning it 7 times consecutively. That’s exactly what John Wooden did from 1966 to 1973 when he coached the UCLA Bruins. He ended up coaching the Bruins for 27 years.

Losing by one and with 2.1 seconds left in the final game of the tournament, Grant Hill threw a baseball pass down the court to his teammate Christian Lattner. Lattner had just enough time to bounce the ball once, fake one way and turn his body to shoot. The ball went straight into the net for a swish. These two points propelled Duke into the Final Four and it is considered by many to be one of the finest NCAA games of all time.

Back in 1983, during the final game, NC State had the ball for the last 44 seconds of the game. The game was tied in a low-scoring affair against Houston. In the remaining few seconds, Dereck Whittenburg fired a long shot from beyond the top of the key. His attempt fell short but luckily his teammate Lorenzo Charles turned the air ball into an alley-oop dunk and the Wolfpack won the championship. Even Disney can’t write a fairy tale like this one.