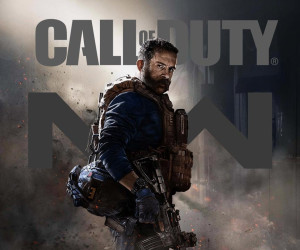 The name of the next 'Call of Duty' game is one of the worst-kept secrets in video gaming. Although Activision and its partner studios haven't officially named their creation yet, there have been so many leaks that it would now be astonishing if it weren't called 'Black Ops,' and it wasn't set at some point within the timeline of the Cold War. Most 'Call of Duty' players have already accepted this as fact (and most of them are happy with it), so rather than looking at Activision for confirmation of the name, they're looking for confirmation of when the game might appear. If this week's leaks are anything to go by, we might be creeping closer.

The fact that so many leaks related to the new game have happened is curious. It either means that Activision urgently needs to locate and fire the person responsible for the multiple breaches of security and trust, or that the leaks are intentional and are part of a viral marketing campaign. In the somewhat-shady world of modern advertising, it's entirely possible that the latter is true. Whatever the source or nature of the leaks might be, they've now afforded us our first (somewhat blurry) look at the new game in action.

Based on what we’ve seen, we might be waiting a while for the game to be finished. Most people who claim to be ‘in the know’ when it comes to the video gaming industry have claimed that the latest incarnation of ‘Call of Duty’ will arrive at some point in 2020, but unless the leaked footage is very old, that doesn’t seem to be possible. The game is clearly at a very early stage - possibly even pre-alpha - and doesn’t show us much other than a player running around a battle zone called ‘Tank.’ There are no characters on-screen at any point other than the player, and the colors and textures of the game are clearly incomplete. With so much work to do, a 2021 release would be more likely.

Even from this limited information, 'Call of Duty' enthusiasts have found enough information to get excited about it. The first thing that hardened 'COD' players noticed was that the gun carried by the player has reflex sights similar to those seen in the 'Black Ops' games of the past, seemingly (to those people at least) confirming that the rumors of a new 'Black Ops' game are accurate once and for all. There's also been some excitement about the presence of both the mini-map and the compass on-screen at all times. Both features were removed from the most recent 'Modern Warfare' release, and there was concern among players that the change might be permanent. So long as the features aren't removed from the game at a later date, this will be a popular move.

Activision is protesting - or pretending to protest, depending on your perspective - that the leaked footage isn't indicative of the final product, but that much is inherently obvious from watching the footage. What's telling is that the leak made mainstream news headlines in almost every country in the world. That only served to underline how big the 'Call of Duty' franchise has become. What started out as a Online Slots UK is now a whole industry, with people making money from streaming themselves playing 'Call of Duty' on Twitch, and online slots websites cashing in on the 'Call of Duty' name with branded products. In fact, the 'Call of Duty' name has been so popular at online slots websites that an unlicensed knock-off called 'Call of Fruity' appeared not long after the official game did. However much money the game's name might make at online slots websites, though, it's a fraction of what the series has made and will continue to make for Activision. Even if Activision didn't release another video game all year, so long as they put out one 'Call of Duty' game, they'll stay in profit.

Aside from the new 'Black Ops' game (we'll drop any pretense that it's going to be part of any other series), the other piece of news that 'COD' players have been waiting for is the release of the fourth season of 'Modern Warfare,' which was expected to take place in a few days time. This will be a major update for the game, which will also involve new features for the popular free-to-play 'Warzone' mode, and also a seventh season of the 'Call of Duty' mobile game. All of the updates have been finalized and are ready to go as soon as the developers get the go-ahead, but Activision has decided that now is not the right time given the ongoing civil unrest in the United States of America and further afield. The projected release date of June 3rd has been and gone, and Activision is yet to provide a new date. While the majority of players are sympathetic with the company’s stance, some have pointed out that people play video games as a distraction from the news, and that holding off on the new features could be seen as making things worse rather than better.

Given that Activision will want to make a financial return on the extra work that's been done on the current generation of 'Call of Duty' games, we suspect that the roll-out will take place within the next week, or within the next two weeks at the latest. That should keep players occupied for now, and with 'Warzone' growing in popularity all the time, it should provide entertainment for several more months to come. With the leaked footage, though, we're now all aware that 'Black Ops' is moving along the production line and has at least entered play-testing mode, so we're all eagerly awaiting an announcement about dates and times. We're no longer confident that the newest game will arrive before the end of 2020, but early 2021 is fine by us so long as there's still something new to play in 'Modern Warfare.' When we hear the news, we'll make sure you're made aware of it right here on this website. Check back regularly!