What it takes to become a UFC champion 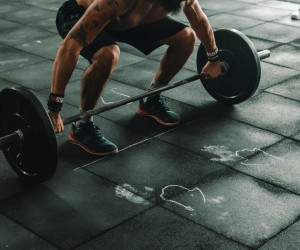 So you’re a fan of mixed martial arts? You have black belts in one or many disciplines? The legendary UFC fighter Anderson Silva has four by the way in Tae Kwon Do, Judo, Muay Thai, and Brazilian Jiu-Jitsu. You dream of showing off your skills in the octagon and becoming a UFC champion? Then get to it and follow these three steps.

This is an obvious one but the UFC is not a schoolground. You need to have done your homework to have the privilege of gracing the octagon. It attracts the best fighters around the world for one good reason. It is the best all around mixed martial arts organization. Becoming a great fighter means that you need to be well rounded and specialize in at least one discipline. Learn wrestling, boxing, brazilian jiu-jitsu, judo, so you can hold your own against good grapplers. Georges St-Pierre has a black belt in Kyokushin and Brazilian Jiu-Jitsu. Brian Ortega has a black belt in Brazilian Jiu Jitsu. Learn any martial art that focuses on stand up fighting AND that teaches full contact fighting. Muay Thai, boxing, kickboxing, or Kyokushin karate are perfect. Tae Kwon Do is helpful but not ideal by itself; other forms of karate, Kung Fu are not very useful for MMA.

"I started out doing some kickboxing and boxing, then a little Capoeira, Tae Kwon Do and Karate. The human body can move in many ways, and that's what I'm trying to do."

Most UFC fighters spend their lives working towards earning a black belt in a discipline. It was recently announced that Conor McGregor was weeks away from earning his black belt in Brazilian Jiu Jitsu.

Any athlete in any sport who is serious about becoming a champion needs to train hard. A UFC champion is no different. You need to train hard but train wisely. Lifting weights all day at the gym is probably not your best option. On top of the regular mixed martial arts workout routine, you need to build your cardio, develop your agility and increase your strength so that you make every strike count. Many fighters prefer bodyweight exercises because it is easier on the joints, they can do them anywhere at any time and it keeps them lean and strong. However, in the end, every fighter has their own customized routine to get them in the best shape of their lives. You need to find what works for you.

Here are a few ideas:

It is well documented that new fighters are far from breaking the bank in their first fights. They make about $20,000 per fight and an additional $20,000 if they win. This doesn’t include their training fees, their nutrition, the hotels and travelling fees. After all is said and done, they barely get enough to scrape by. Most fighters will tell you that this is the price to pay to get there.
Being a UFC fighter means that you need to be ready to jump in the octagon at any time. Sometimes a bad injury happens to a fighter and the UFC needs a last-minute replacement. That can mean weeks before the actual fight. You need to be and stay in the best shape of your life.

Nutrition is key. Follow a strict nutrition plan that helps you stay lean and strong all year-round.

Alright, now that you made it to the end of the article, get off the screen,  and go train hard.

As the Australian rock band AC/DC said it best, “it’s a long way to the top if you want to rock and roll”.

Some of the information here was taken from The Betway Insider.