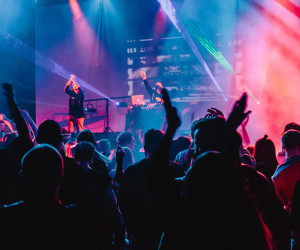 The festival issued a statement about the 2020 event, its current status, and directly addressed the possibility it may be cancelled.

Recently the cancellation or postponement of several US music festivals and events has led to speculation that Ottawa’s RBC Bluesfest may be cancelled too. The festival is scheduled to take place from the 9th to 19th of July at LeBrenton Flats Park.

In a press release issued that the festival issued, it explained that for now the event is still going to take place as planned and that it will not be cancelled. However it did note that it is closely monitoring the situation and will follow the recommendation of public health experts as things unfold.

According to the festival, the current advice of Ottawa and Ontario public health officials is that the risk of contracting Coronavirus remains low. In part that may be due to the fact that the first case of COVID-19 in Ottawa was reported just a few days ago, and there haven’t been any others as yet.

The infographic was taken from Betway

Aside from determining whether or not to move forward, RBC Bluesfest stated that they plan to review their health and safety protocols to make sure that it follows best practices given the current situation. In their own words, “We all have a role to play to reduce the risk of COVID-19 virus transmission.”

It is an issue that all large scale events are having to deal with, but unfortunately there are very few measures that can reduce the risk of contracting the virus in a large crowd. Some advice such as keeping a 6-foot safe distance from others may be effective, but is not entirely feasible.

Providing masks to festivalgoers and setting up screenings are other steps that are more feasible, but are not nearly as effective.

As one of the top ten music festivals in North America, if RBC Bluesfest is cancelled it will certainly have a big impact on both festivalgoers as well as Ottawa itself. The event is now in its 21st year, and has grown into a massive festival that showcases both local as well as international talent.

The festival this year will be the biggest yet, and is planned to feature over 200 acts from various genres across 5 stages. Last year it was attended by over 300,000 people, and this year the crowd should be even greater than that.

However the size of the festival alone is not enough to assure that it will not be cancelled. In the last month alone several high profile music festivals and events have already been axed. The biggest are Austin’s South by Southwest (SXSW), Miami’s Ultra Music Festival, and the Coachella Valley Music and Arts Festival.

Although organizers and local officials are reluctant to cancel large-scale festivals and events due to the loss of revenue, in most cases there is no other option. The risk of festivalgoers contracting Coronavirus in a large crowd that comes from various locations is simply too high and could accelerate its spread.

The good news is that right now no Canadian music festivals or events have been cancelled due to Coronavirus – with the exception being Pearl Jam postponing their tour dates in Canada. However whether or not events such as RBC Bluesfest that are scheduled several months from now proceed will depend largely on how the situation develops.

The number of Coronavirus cases in Canada is relatively low at just over 100 in total, 42 of which are in Ontario. The number has been steadily increasing, but it is still not at a level that is too alarming.

Comparatively, other countries have had far greater difficulty dealing with cases of Coronavirus that are on the rise. Many governments have resorted to taking drastic measures, such as banning all large gatherings, compulsory screenings, and so on.

It is impossible to predict what the state of affairs regarding Coronavirus will look like in July when RBC Bluesfest is scheduled to be held. Even bookmakers like Betway would find it difficult to put odds on it.

The only thing that can be done is to wait and see how things develop, and react accordingly. On their part the RBC Bluesfest organizers have stated that they will update festivalgoers, especially if there are any changes that need to be made.