The 5 best moves the MLS ever made 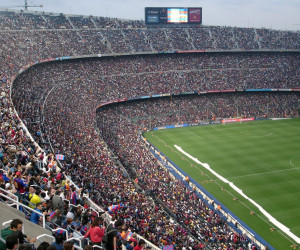 Major League Soccer was founded in 1993 as part of the United States' successful bid to host the 1994 FIFA World Cup. The inaugural season took place in 1996 with ten teams. Don Garber, the league’s commissioner, has stated at the start of the year that there will be thirty clubs in the league by 2022. This year, two more teams joined the league: Miami CF, owned by none other than soccer superstar and legend David Beckham, and Nashville SC.

A professional sports league, like any business, takes time to develop, gain credibility and grow. This is exactly what the league has done so far. In 25 years the number of teams in the league will have tripled.

Let’s look at the five best moves MLS has made to make it the best North American soccer league it is today.

The United States unexpectedly made the quarterfinals through wins against Portugal and Mexico during the 2002 World Cup which took place in South Korea and Japan. Four months later, MLS Cup 2002 set an attendance record with 61,316 spectators at Gillette Stadium witnessing the Los Angeles Galaxy win their first title. This event held the largest crowd attendance in MLS Finals and second-highest attendance in overall domestic American soccer, after the North American Soccer League championship in 1978. That event  held nearly 75,000 at Giants Stadium, located in East Rutherford, New Jersey.

The league has made great efforts to expand into big markets over the years. California now has three teams (LA Galaxy, Los Angeles FC, and San Jose Earthquakes), Florida has two (Inter Miami CF and Orlando City SC), Texas has two (FC Dallas and Houston Dynamo FC) and so does Ohio (FC Cincinnati and Columbus Crew SC). The league is not done yet as four more teams will join two years from now. Check out Betway’s 10 moments that helped build the market.

It was only a matter of time before Canada joined the party and in 2007, Toronto FC joined the league. That move turned out to be fruitful as it is now considered one of the most profitable teams in the league, currently valued at $395 million US. Vancouver Whitecaps FC joined in 2011 and a year later Montreal Impact followed suit.

MLS is still considered a young league compared to the best soccer leagues in Europe and it used to be a destination star players avoided at all costs. That was until soccer legend and international superstar David Beckham decided to sign a historical five year contract with Los Angeles Galaxy worth about $250 million US. The soccer world took notice and to this day international stars continue to join the league.

Nicknamed the Beckham rule, the Designated Player Rule allows MLS franchises to sign up to three players that would be considered outside their salary cap (either by offering the player higher wages or by paying a transfer fee for the player). Adopted ahead of the 2007 MLS season, the rule enables teams to compete for star players in the international soccer market. The rule is one of two mechanisms by which MLS teams may exceed their salary cap, the other being allocation money. Since then, more than 200 Designated Players have played in league history.