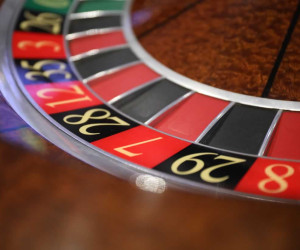 Most of us have dreamed of walking into a casino and walking away with a fortune. But in the sixties and seventies, one American doctor turned this fantasy into a reality. Richard Jarecki consistently beat roulette tables across North America and Europe, netting a fortune worth over a hundred million dollars in today’s money.

Born in Germany to Jewish parents in 1931, Richard Jarecki moved to suburban New Jersey before the outbreak of World War 2. Here he pursued a career as a medical researcher during the day, while collecting data on the game of roulette at night. More specifically, Jarecki would collect data on individual roulette wheels across Atlantic City, looking for idiosyncrasies on each wheel, spotting which wheels would produce more winners on one number than on others.

Roulette is famously a game of small house edges (around 95% for the American game, and just 97% in European roulette), so any wonky wheel can tilt the odds in favour of any eagle-eyed observer. It just so happened that Jarecki was what we would now term a nerd, and he exhaustively observed and recorded data on every roulette wheel in every local casino.

Once he had built up a significant bankroll of several thousand dollars, Jarecki was ready to hit the European scene, where the house edge was smaller, and the limits were higher. He took up a position at the University of Heidelberg, which gave him time to observe the roulette wheels at the nearby Baden-Baden casino. At the Casino San Remo on the Italian riviera, Jarecki spent the first few days with his notepad and pen at hand, selecting the perfect roulette wheel for his system.

Soon Jarecki was placing $100 on a single number, shocking the Italian public with his apparent psychic powers. Once he had bled the San Remo casino dry, he moved up the coast to Monte Carlo. This playground of the rich and famous meant an even richer hunting ground for Jarecki. By this time, he was sending his wife Carol, and a team of scouters, in advance to find the best wheel, allowing the doctor to turn up and start playing (and winning) immediately. In an even more audacious move, Jarecki negotiated a loan of some $25,000 from a Swiss bank before he arrived in Monaco, allowing him to press home his advantage.

Wins in Monte Carlo of several million dollars ensured a media frenzy, threatening to unveil Jarecki’s secret. He managed to fob the reporters off by claiming to own a powerful computer which helped him find the winning numbers, but by this time, casino owners were growing suspicious. His last big win was back at San Remo, where he ‘broke the bank’ (depleted the casino’s cash reserves) and faced a 15-day ban from the premises. When the ban expired, Jarecki promptly walked back in and won $100,000.

By this stage, casino managers suspected that he was using data on the tables to find the big wins – and so took to rearranging the positions of each table every evening. This still wasn’t enough to outfox Jarecki, who would quickly recognize small defects in the wooden rims and locate his favourites.

The casinos of Europe eventually resorted to replacing every one of their roulette tables with newer versions, less prone to producing predictable numbers.

Jarecki realized that his moment was over, and returned back to the US in 1973, embarking on a similarly successful career as a commodities broker.

Although the roulette world had seen wheel observers before (Joseph Jagger had enjoyed some success with the technique way back in the 1880’s), nobody had quite taken the casinos to the cleaners on such an industrial scale as Jarecki before.

He was the greatest roulette player in history up to that point, and sadly, he will probably remain that way. These days, casinos employ their own analyses of each roulette table’s performance and replace wheels faster than any gambler can react to any flaws. Also, more and more roulette is played outside the land-based casinos, and has instead switched to the live casino version, streamed from a studio to player’s homes.

Jarecki died in 2018 at the age of 87, and we are highly unlikely to see such incredible strings of roulette wins ever again.