Lauren Conrad Has a Baby 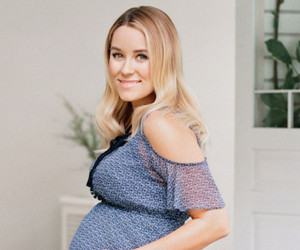 Lauren Conrad who was recently dishing out tips on how to stay healthy during pregnancy to fellow mothers has finally had her own baby. The former Hill star had been sharing pregnancy advice with the Fit Pregnancy & Baby magazine. The magazine, July 2017 issue, on which she is on front page testifies how excited and eager she was to have this baby. The fashion designer, together with her husband William Tell had long told the Media that they were going to have kids and now it has finally happened. The couple that got married on September 24 and announced to the public that they were starting a family.

Lauren Conrad went through the same experiences that all pregnant women go through. She was telling the magazine that she didn’t have any strange and crazy cravings. However, she said she liked a lot of cheese and wine. She also told the Fit Pregnancy & Baby magazine that she had serious nausea which she battled during her first trimester.

The excited Hill star told the celebrity magazine that she was not worried about the birth pains and was more focused on holding her baby in her hands. She never really said if she wanted a boy or a girl. However what is clear from her expressions is that she is happy that her baby was a boy. During the pregnancy, she had posted on Instagram a cute photo with a caption that read ‘’It's a guy’’.

Lauren gave birth on the 5th of July. The couple soon told the media that they were welcoming their baby boy, Liam James Tell.  Just like any mum, Conrad was obviously happy about the news. She posted a cross stitch photo that represented their family with a caption that read ‘’he is here’’.