Increase in Demand for Payday Loans Or Is There 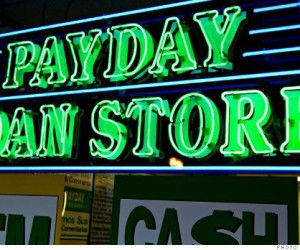 According to Vancity, who offer banking services throughoutthe Victoria and greater Vancouver areas, the demand for payday loans isincreasing, although this has been strongly denied by the payday loan industry.Vancity offer mortgages, savings accounts, loans and the like, whereas paydayloans providers  (like Wonga for example) are there for one purpose;to offer short term lending for those struggling to match their incoming cashflow with their outgoings.

It is claimed by Vancity that there was an increase of 58%between 2012 and 2014 in the number of consumers turning to payday loans inBritish Columbia, to deal with their short term financial concerns. Furtherclaims were made that there has been a shocking rise in the number of borrowerswith 15 or more payday loans, with figures stating this growth is as high as604%.

Theissue with payday loans is that borrowers often can’t afford to pay backthe loan, which then leaves them in a position where they need to keepextending the loan, which results in further interest accumulating. In short,they can never really get on their feet and what seems like a good idea at thetime eventually becomes a bad financial error. However, payday loans can bebeneficial for those who have unexpected bills and can act as a lifeline, aslong as they are taken out from a reputable company.  There are no strict regulations in place inCanada for payday loans; however, there is a cap of $1,500.

In contrast to the report, The Canadian Payday LoanAssociation has stated that these claims are false and that they are unsurewhere the figures from Vancity would have come from. In fact, they say that thenumber of borrowers using payday lenders has actually declined over the years.It is difficult to determine for sure which of the reports are accurate;however, it seems to be obvious that payday lending is still very prominentwithin our society.

Why Turn to Payday Lending?

There are many reasons why people turnto payday lenders in Canada when living costs become too much to cope with.These days, it can be very difficult for those on low incomes to findalternatives, as banks are no longer as willing to lend as they once were.Payday lending can be positive for the purpose it is intended i.e. for shortterm use but not for continuous use. It is thought though, that there should begreater restrictions on payday lending in Canada. For instance, offering loanson a case by case basis and ensuring borrowers can afford to pay back the loan.Many lenders don’t carry out credit checks, which often means that low incomeborrowers are taking out loans which they simply have no means of paying back.The interest rates are also excessive in many cases, with rates as high as500%. There are definite motives for tighter restrictions on payday lending.