Discover the shocking truth about organic produce from China 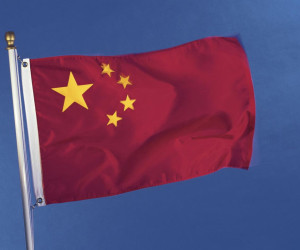 Have you ever tried having “healthy,” “organic” food from China?

Well, if you have, you might be in for a surprise. After extensive research, Mike Adams, the Health Ranger, reveals that organic products from China are largely a hoax. Basically, there is no limit to how much mercury, lead, cadmium, arsenic and aluminum is allowed in “organic” products. The USDA organic standards place no limits on levels of heavy metals in organic food.

Organic certification, really, does nothing to address environmental sources of pollution such as chemtrails, contaminated irrigation water, and fallout from industrial or chemical factories that might be nearby. A certified organic farmer can use polluted water on their crops and still have the crops labeled “organic.”

As such, the environment in which organic foods are produced is critical to the cleanliness of the final product. Unfortunately for consumers, China, one of the biggest producers of “organic” food, is one of the most polluted countries in the world.

Why do so many formulators and food companies in the USA still buy ingredients from China? Well, if you want to learn more about how much of an environmental nightmare China is, read the below excerpt of the Health Ranger’s take on the topic:

“This means getting your ingredients from China grants your product a lot more profit in the marketplace. For those selling through Whole Foods — whose product shelves are littered with ingredients made in China — this profit margin is essential to economic survival.

“If you’re buying a superfood powder sold at Whole Foods and paying $50 at retail, the actual ingredient cost that goes into that superfood canister is often as little as $5. So sourcing those materials from China is crucial to having the margins. Whole Foods might only pay your company $22 or so for a product they sell at $50. So your company has to buy the materials, pay for shipping, insurance, labor, packaging, formulations and everything else and still somehow make a profit to stay in business. So you source from China. You make a really nice-looking label, you get it ‘certified organic’ with a nice USDA logo on it, and you sell it to Whole Foods which adds another layer of legitimacy to the product.

“But inside the bottle, there could be mercury hiding in there. Or pharmaceutical residues. Or pesticide residues. Or just about anything, including melamine.

“Now, obviously Whole Foods has a level of quality control in place, and they do require C of A’s for products they carry. But China is expert at FAKING these documents and tricking importers, formulators and manufacturers.

“In China, the idea of forging a laboratory analysis document is no big deal. Fabricating fake documents is routine. You have to understand the philosophy of these people living without any code of ethics, surviving under a police state communist regime: There are no ethics. No values. No moral compass. Forging a fake lab report is no different to them than planting seeds: it’s just one more step needed to make money. There is no moral difference in their minds between telling the truth and lying. It’s a ‘relativistic’ morality philosophy.

“I’m not saying all people in China are liars and deceivers. But a lot of them are. Anyone who has actually lived there for any length of time knows exactly what I’m talking about. This is a country where deceptive manufacturers take white sesame seeds and coat them in toxic black ink just to sell them as ‘black sesame seeds.’ This is a country where infant formula producers spike their formula with kidney-destroying melamine in order to make an extra five cents a pound, even while killing babies by the thousands. THEY DON’T CARE. China is a nation that has abandoned morality and even attacked it. This is a country where the Falun Gong group of meditation advocates and yoga practitioners is arrested and thrown in prison by an extremely oppressive, dictatorial government.

“Look, cultures are different everywhere around the world. You want to hang out with really nice, intelligent and honest people? Get yourself some Dutch friends. They’re the most upstanding, moral, educated bunch of folks you’ll ever meet.

“You want to hang out with highly-innovative rule followers? Get yourself some German friends. They follow the rules. And they’re smart, innovative people on top of that. Brilliant minds. Some of the greatest scientists in history came out of Berlin.

“You want some friends who are wildly creative? Those are Americans. Americans make the best movies, the best music (well, along with UK musicians anyway), and a lot of the best computer software on the planet. Americans are rebels. They break the rules and forge a new path. America is a nation founded on rebellion.

“But if you’re looking for people who will stab you in the back in a business deal, go the China. There, you will find the most back-stabbing, dishonest cheaters and liars you’ll probably ever meet, short of Nigera’s ‘Prince Nubula’ whose emails promise you’ll receive a million dollars if you only send them $5,000 first.

Why you won’t hear this truth anywhere else “I know that telling the truth is unpopular and not politically correct. I’m not interested in winning a popularity contest. What I’m doing here is flat-out telling the truth that most other people are too afraid to say on their own: The very idea of ‘organic’ coming out of China is a disturbing contradiction.

“And organic standards have a huge gap in the fact that they don’t require foods to actually be free from mercury or other contaminants. Overall, organic is a wonderful standard and I’ve been a strong advocate of organic, but when a ‘USDA organic’ label is slapped on a product grown in China, you really have to scratch your head and say, ‘Yeah, it might be organic, but is it clean?’

“It may be, but you just don’t know until you test it. ‘Organic’ grown in the USA can be assumed to be clean, but organic grown in China must be assumed contaminated unless proven otherwise.

“Until China enforces some really strict environmental standards, ‘organic’ from China is largely a fraud in my opinion. It’s a hoax. You can lie to yourself and say, ‘Well it’s ORGANIC so it must be clean!’ but you’ll be swallowing mercury, lead, pesticides and other synthetic chemicals in various amounts.

“Laboratory tests confirm everything I’m telling you here. This is the dirty little secret of the organic food industry that nobody’s talking about.

“Just how polluted is China’s environment? As I mentioned above, it’s so bad that a Chinese environmental official was recently offered over US$30,000 to take a 20-minute swim in a local river. He declined the offer, as would any sane person.

“Are these the same rivers that are being used to produce ‘organic’ crops in China? You have to wonder. A river can be so inundated with smelting factory runoff and chemical pollution that even bacteria struggle to survive in it; yet this water can be legally sprayed on crops that are exported to America as ‘organic.’

“If you buy ‘organic’ foods, superfoods or supplements grown in China, you need to know about this.

“As The Guardian reports:

A recent government study found that groundwater in 90% of China’s cities is contaminated, most of it severely. The head of China’s ministry of water resources said last year that up to 40% of the country’s rivers are ‘seriously polluted’, and an official report from last summer found that up to 200 million rural Chinese have no access to clean drinking water.

“By the way, this is another story altogether, but I can tell you with 100% certainty that China is headed for an environmental collapse. The country has polluted itself far beyond the point of long-term sustainable life. Children are being born as mutants. Rivers support no fish life. Soils are building up obscene levels of contaminants and becoming so toxic that crop yields are affected. Cities are so filled with airborne pollution that the mere act of breathing causes cancer. And on top of that, China’s one-child policy has resulted in mass gendercide where baby girls are routinely — and yes, I mean ROUTINELY — murdered, drowned, suffocated, etc., because the family wants a son, not a daughter.

“In its quest for economic power, China has poisoned itself to death, and now it’s only a matter of time before the nation collapses in a cesspool of toxicity and lies. The economic ‘boom’ of China is nearly over, and it will be followed by an environmental implosion so huge and disgusting that the world will be absolutely horrified. Remember: China is so corrupt that it won’t stop factories from openly dumping toxic waste directly into the groundwater supplies. Instead of acknowledging the source of pollution, Chinese officials simply accept bribes and cover it up. The corruption in China is so deeply rooted in the culture that honesty and accountability can never overcome the deception.

“With some exceptions, when you buy food grown in China, you are buying food produced in the most toxic environment on planet Earth, grown by some of the most deceptive and most corrupt liars and back-stabbers on the planet, all ruled by one of the most dictatorial and tyrannical governments history has ever known. That about sums it up.

“Ultimately, China has a terminal environmental crisis on its hands, compounded by an eternally corrupt, dictatorial communist regime government that oppresses freedom and outlaws religion while forcing families to kill their own baby girls under its population control mandates.

“In summary, China suffers from:

“Is this the vibe you really want to be putting into your body?”