The KFC Console: Is It a Gimmick or Legitimate? 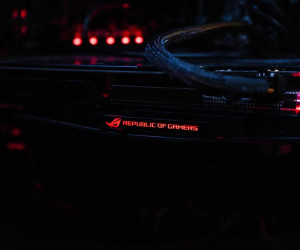 There is a close relationship between fast food companies and the gaming community, or, in fact, the wider content creation industry in general. Many fast-food companies sponsor popular creators and organizations: David Dobrik and Jack ‘CouRage’ Dunlop (who has appeared in a Burger King advert) have Chipotle and 100Thieves have Totinos, for instance. Companies obviously see this area of the world as ripe for reward. The stereotype is that gamers love quick and easy food solutions. Whether this holds true is irrelevant because the sponsorships and ads keep coming. There must be something which is working. KFC have taken it to the next level. In June 2020, they teased the release of a console. In December 2020, they released a trailer for it. The release date and price are yet to be confirmed.

The trailer was designed with the console’s meme status in mind. It was purposely self-aggrandising. It knew its perception. Human progression began with fire and is epitomised by the KFConsole, was the overall message. There are some advancements which Sony and Microsoft will be jealous of: KFC’s console will keep your fried chicken warm with a built-in warmer. KFC bills their console as the ‘end of the console wars,’ meaning gamers will choose their console over Sony’s and Microsoft’s. It might be feasible, as both of their next generation consoles are routinely out of stock, so gamers might turn to KFC’s offering. Logic dictates, though, that the KFConsole will have very limited availability. It is likely to be an exclusive release which will be bought by eager fans now and be auctioned off later in its life.

KFC collaborated with Cooler Master on the project. The KFConsole does seem like a legitimate console/PC. It will boast 4K and 240fps capabilities and is VR-ready, all the things that show how far gaming has come. It is probably further on the PC end of the spectrum, simply for functionality and licensing reasons to be able to play games. This will make it more flexible. There’s the options of Steam and Epic Games Store, for instance, but, also, browser-based iGaming, too. Online casinos like Mr Green offer a variety of games where players can battle and embrace the odds of winning. The KFConsole will be a custom-PC rather than a console.

KFC’s point is not to release a successful console. As mentioned, the gaming industry is fertile ground for sponsorships of all kinds. There is the “core” gaming community who are dedicated to consistently playing. Streamers are pillars which gamers congregate around. Figures like Nickmercs, Valkyrae, and Shroud (a native Canadian) attract tens-of-thousands of viewers every time they go live, which can be five days a week. These are huge audiences. These streamers are like influencers. They are great ways for brands to engage with audiences in a new and exciting way. The streamers can be sponsored, where crafted graphics will appear on rotation on the screen promoting the brand with accompanying discount codes specific to the streamer, or the streams themselves can be sponsored so that the brand are focussed on more and the audience is routinely exposed, over the course of the stream, to discount codes, product descriptions, and giveaways. Often these brands are talked of highly and said to compete with the local joints that focus entirely on the product, as opposed to processes. The chats of streams are places these kinds of conversations happen.

The KFConsole is a means of KFC positioning themselves within the community and wider popular culture. Becoming a meme, which the console essentially tries to accomplish will mean that they are a regular reference point. Development time aside, the consoles delayed introduction – six months between the teaser and the trailer, with the unconfirmed release dates – means that it’ll be in the public mind, will not continually, for longer. Once it’s released, the world will have its eye on it, intensely, before moving on, as it always will. However, the longer it keeps the world guessing, the better it is.