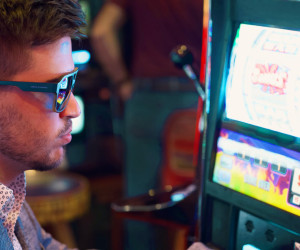 If you’re looking for the best place to play free Slots, then look no further than online gambling sites. Slots have become so popular over the years that they are now available 24/7, in the comfort of your own home, via the internet. However, this popularity has not always been the case. In fact, a couple of decades ago, slot games were mainly targeted towards women and the elderly, and not taken seriously at all. But, in the 1980s, all of this began to change. And now, slot machines and their players dominate the industry! To learn a little bit more about the Slots phenomenon, keep reading, as we explore some surprising facts about Slots.

When you think about what matters most to those that run the Casino, you’d think that it was the amount of money that was being put into the machines, but it’s actually more about the time that is spent on the machines. Gambling machine manufacturers figured out that the number one predictor of a game’s profitability is the average amount of time that a gambler spends on a device. Therefore, when they design these games, it’s important for the slot machine manufacturers to then focus on creating features that will increase this number. Although we’ve said that money isn’t at the forefront of concern, when you think about it, the more time that is spent on a machine then the more money that is gradually entered into said machine. But hey, everyone likes to make a profit!

Slot machines are the only game in the casino where the house edge cannot be calculated. The house edge is the term used to describe the mathematical advantage that the game, and therefore casino, has over you as you play. In other words, your chances of losing. The rest of the casino’s games allow the edge to be calculated if you gather these two pieces of information – the payoffs for each bet and the odds of winning each bet. The odds are easy to calculate because most of these games use a deck of cards or a pair of dice, of which you know the number of pieces or sides, so you can work out your chances. But, with a slot machine, there are just symbols which pay off at a certain rate when certain combinations are triggered. There are no means for the player to determine definite odds of getting any particular symbol on any particular spin. Because of this, it would seem that the house edge is often higher for Slots than it is for the other table-top games.

Slots are probably best known as being an American past time, thanks to the bright lights and casinos in Las Vegas. But, over 800,000 slot machines in one country only lands the United States in second place for the most Slots-populated country. In first place is actually Japan, with close to five million slot machines across the country! Even more mind boggling is the fact that Japan’s population is roughly 1/3 of America’s, meaning that the number of slot machines per person is considerably greater. For every 27 people in Japan, you will find a slot machine, whereas in America there is only one for every 350 people. Impressive, huh?