Is the Traditional Form of Playing Blackjack in a Casino Coming to an End? 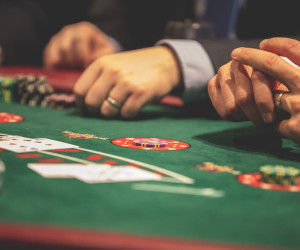 Blackjack has been one of the most popular casino offerings in the world for over one hundred years, and the simple yet thrilling card game is going nowhere. New ways of playing it have emerged, though, and the traditional one-on-one form of competing against a dealer in a casino could be coming to an end. With fast-paced mobile versions, stadium blackjack, and the potential use of virtual reality all coming to the fore, the world of blackjack is changing. Canadian players are likely to embrace the evolution, however, as the North American country is known to love gaming and has been behind a lot of the recent innovations in the gambling industry.

With the rise of online casinos over the last ten years, the number of players who stake on games in physical locations is on the decline. Online gambling sites have brought unparalleled convenience, and have been able to encompass the essence that made casinos so popular in the first place. Things such as live streaming have brought the real-world experience to players in their homes, and there are now Canadian online blackjack casinos which allow players to play with live dealers and provide them with some handy bonuses as well.

The mobile market helped boost online casinos further, but as more people began to play gambling games on their smartphones developers had to adapt them to appeal more to this crowd. Mobile players like fast-paced games which can be played in short bursts, so there has been a shift towards developing games in this vein. Offerings like Easy Jack have served to simplify the game even further, and in this variant, players receive one card instead of two. Because there are fewer decisions to consider, games take much less time than regular blackjack games. There are also more high octane games cropping up like Blackjack Switch, which allows players to play two hands against the dealer’s one.

The mobile market is growing at a rapid rate, with 2.4 billion people expected to play games in 2019. The industry is shifting towards a time when the majority of blackjack games will be played from the smaller portable screen.

Stadium Blackjack Could be a Thing

In an effort to draw more players back to the casino, there has been a rise in Stadium Blackjack across America. In the game, there is a live dealer, but players place bets on consoles scattered around the hall. This allows a multitude of players to play at the same time, with numbers reaching up to 300. It is designed to be a mixture between online and live blackjack, and is proving popular among younger players. It also helps the casino to save money, as they can employ fewer dealers. This kind of play may be a hit with fans of eSports, as it has a massive multiplayer feel to it.

The concept of this could also be used in conjunction with virtual reality in the future. Players could don a VR headset at home and feel as though they are sitting directly opposite this live dealer.

With all the innovative technology helping to hasten the evolution of blackjack, traditional games could soon be a thing of the past. With more people than ever playing from mobile, land-based casinos will need to innovate more to attract this audience who prefer faster-paced offerings. Stadium blackjack could spread further, and may lead to more VR versions of the card game in the future.