History of the World Series of Poker 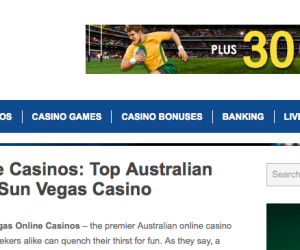 An idea for the World Series of Poker was first realised way back in 1969 with the hosting of an event named the ‘Texas Gambling Reunion’. An invitation only event which was sponsored by San Antonio man Tom Moore, the reunion took place in Reno at the Holiday Hotel and Casino. This initial event was won by CrandellAddington, and the following year the first World Series Poker was held at Las Vegas casino owner/poker player Benny Binion’s own establishment ‘Binion’sHoreshoe’.

Showcasing a wide selection of cash game formats - from five-card stud, deuce to seven, seven-card stud, razz and of course Texas hold ‘em, the idea for a main event was a freeze-out hold ‘em game though this did not take place until the following year.

Following several lucrative decades, the Horseshoe was purchased by Caesars Entertainment (known then as Harrah’s Entertainment) in 2004; whom despite retaining the rights to WSOP brand, sold the complex to the MTR Gaming group and moved the series to the Rio Hotel and Casino – located just off of Vegas’s notorious strip – where it has remained ever since.

From 2005 onwards the Series became more of a circuit competition; with days of gaming occurring at various Harrah’s owned facilities all over the USA.  In fact, it was during the final break at 2005’s main event that Harrah’s representatives announced that a total of eleven facilities would be set to host the following year’s series – starting on August 11th in Tunica Mississippi. As it transpired however, the second event, in Biloxi MI, was cancelled as a result of damage to the Grand Casino caused by Hurricane Katrina.

The tournaments new home at the Rio in Vegas was among the hosts in 2006, with events commencing on June 25th and wrapping up with the now infamous victory of Chris Gros. That years’ Tournament of Champions took place on June 25th/26th and resulted in a win from Mike Sexton, who took home $12million. Check out Online Casinos in Australia at Sun Vegas Casino for types of online casinos.